No Way to Handle the PA Constitution

In 2022, the PA General Assembly passed five constitutional amendments as part of one bill, Senate Bill 106, in two late night session weeks after the normal summer recess. After outcry about one of those amendments, the PA Senate has struck again, unbundling the five, then putting a different mix of three together in just three legislative days.

We are not lawyers, parliamentarians or procedural experts, but we HAVE spent the last few years deep in research on rules in use in other states and have also logged hundreds of hours of conversation with Pennsylvania legislators in both parties and both chambers. 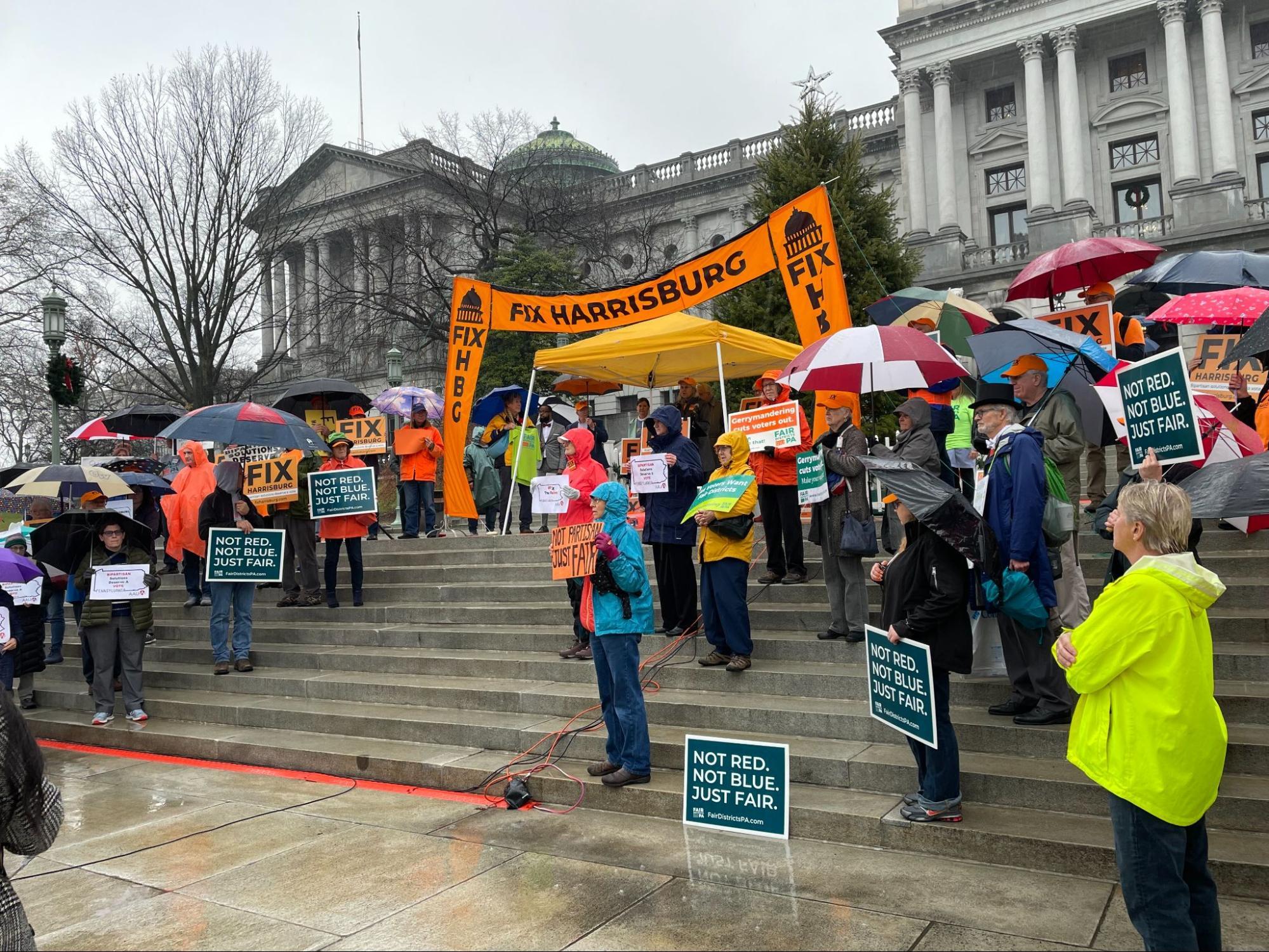 On the first day of the 2023-2024 legislative session, supporters came to Harrisburg to ask for better procedural rules.

The status quo is not working in Harrisburg. We are asking for better procedural rules that support collaborative policymaking. The vote on rules has taken place in the Senate, but is still not scheduled in the House. Contact your state representative AND legislative leaders.

Can’t make it to Harrisburg on January 3? Make sure PA legislators hear from every corner of PA.

The status quo is not working in Harrisburg. We are asking for better procedural rules that support collaborative policymaking. Contact your state representative and senator, AND legislative leaders.

About 130 Pennsylvanians gathered at the Crowne Plaza Hotel in Harrisburg to celebrate accomplishments of the past few years and prepare for the challenges ahead. FDPA Chair Carol Kuniholm opened the meeting, acknowledging the dedicated work of volunteers across the state that contributed to better legislative maps drawn for the next decade.

With the election this past week, it’s clear to us that the last seven years of work by Fair Districts PA and our partners has resulted in districts more representative to the state as a whole.

Ask your candidates where they stand

We’ve asked ALL candidates for PA General Assembly where they stand on redistricting reform and better legislative rules. Join us in insisting they respond

Social media is a powerful tool for online advocacy. Your engagement on all of our platforms can help!